I usually only use English Software, but sometimes have to create documents in German.

The English Office 2010 Pro has proofing tools for English, French and Spanish, but not for German.

The German Office supports German, English, French and Italian. But after installing the German version, I get the UI in German which I can't stand. You can buy a language Pack at office.com for 25 US dollars, but if you have a second license and both the English and German versions of Office do the following:

Install Office, I would use with the secondary language first, then start the install process for the Office in your primary language.

It recognizes that Offices is already installed in a different language. Choose "Add or Remove Features" and you get the option to add a second display language.

You can change the languages in options or in the separate "Microsoft Office 2010 Language Preferences" tool. 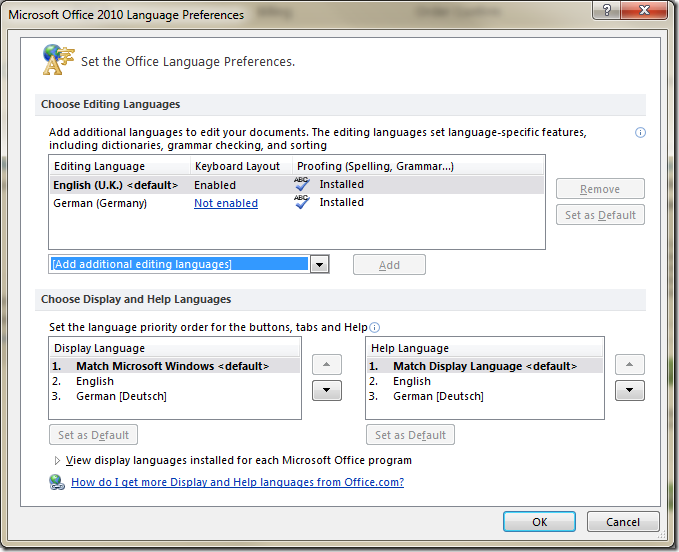 This only works if you have both language versions and you may need two full Office licenses which I have, but I am not sure about that.