US West Coast August to October 2008 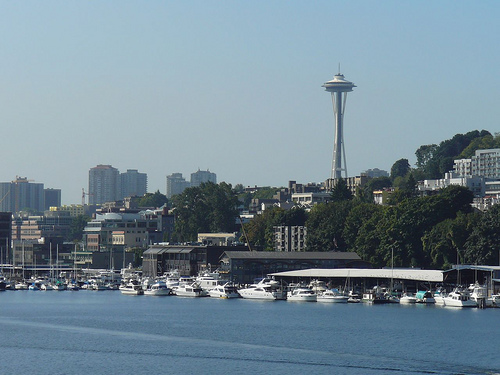 This is the first post about my current trip to Latin America. I left Germany at the end of August and have just spend three weeks in Seattle in the Northwest of the United States. I thought Seattle was a good starting point because I have some friends here and could take some time to prepare the upcoming trip a little bit and also learn some Spanish. Well I did read up and Latin America and did some basic research but I haven't learned any Spanish yet. After 4 days with my friends Arthur and Heather and their two year old daughter India, I spent the rest of the time here with my friend Olivia who I met in Beijing during my previous trip. The weather here was fantastic, pretty much the whole three weeks we had blue skies and it was pretty warm, much better than the rest of the summer. While spending the evenings with Olivia tasting the various vegan dishes of restaurants all over Seattle and spend most of my days walking or cycling to Thrift stores where I would buy some high tech travel clothes for the trip. My original plan was to buy them here new in the shops because of the weak dollar, but I found most things I was looking for in these second hand shops. I really like shopping there, the number of different garments they have is simply mind blowing. I saw literately 50 shirts I liked and would have bought if I would live here, none of them costing more than 6 dollars. I also went back to the Microsoft campus in Redmond to attend some user group meetings. One day Olivia and I rented a canoe and went out on Lake Washington for a few hours, that was great. Another day we went south to visit the state fair in Puyallup. This is a fair out in the country, in addition to the fun fair style rides they also had tons of farm animals and exhibitions as well as heaps of bad food. Today is the first 'grey' day and it is much cooler too, so on the 25 of September I will move on to Portland in Oregon and then to San Francisco. After reading about the various parts of Latin America I now feel that I should stay on the mainland and not try to do the Caribbean as well. There are just too many countries out there and I feel I shouldn't tackle to much at once. It's a shame about Cuba, which I loved when I went there in 2004, but I can always go there later. 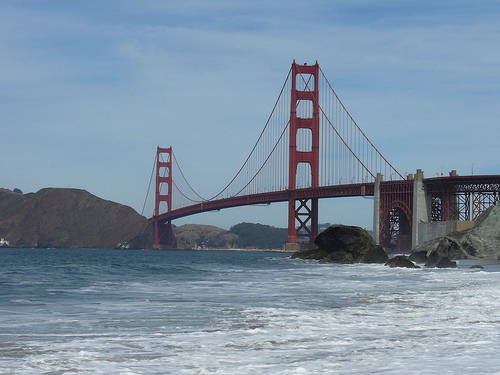 I left Seattle on September 20th after spending just over three weeks there. Olivia decided to come along for the weekend to Portland, my next stop. We stayed with my friends Ed and Laura in a quiet neighborhood about 5 miles south of downtown Portland. As our first full day was a Sunday we first had the extended breakfast at a vegan breakfast buffet place, then visited Powell's, the world greatest bookstore and after walking through the older parts of the center took out to hike in the hills west of Portland along the Columbia river. We visited two great waterfalls, the second one being the second tallest in the US and the tallest I've ever seen so far. We had great Lebanese dinner and then it was time to say goodbye to Olivia again. 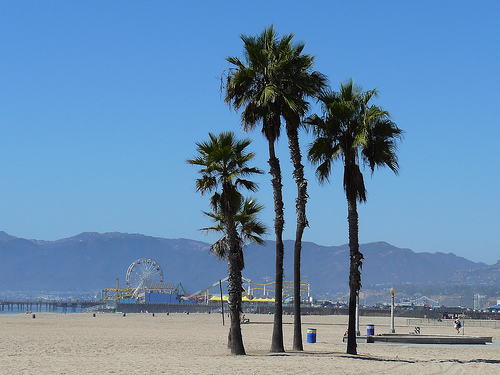 I stayed four more days in Portland, mostly walking around and still doing thrift shopping. I met more old friends Tim Dagger and JJ Fantastic for dinners. Portland somehow attracts a lot of people. Next stop was the bay area and to save $60 I took the Greyhound bus rather than the train. Arriving in Sacramento after the night on the bus. I was shocked by the high temperature out here. I revisited the sights quickly as I had been in the Californian capital twice before and then boarded the bus to Oakland. In the bay area I stayed with four different friends of mine and again used the time there to walking around and shop a little bit. On by train to Santa Barbara, which was a great ride, there is a nice observation car and there is some great landscape along the way. In Santa Barbara I stayed with my friend Jimmy and his family in their huge house on a hillside overlooking the town and the Pacific ocean. On by train to Los Angeles where I stayed some nights with Marion, how I didn't know before but was very sweet and offered to put me up after she heard that I'm coming to town. I also met up with and Allan from the Siddeleys who now lives here and meet the Tartans a new band I quite like. Marion dragged me to a studio to record a popcast for the internet radio station she works for and that actually was really interesting. I also did a lot of walking around the streets and hills of Hollywood. Regardless of what most people say, I do like Southern California, at least for a while and I always seem to meet really nice people here. It got pretty hot over the days, getting me into the mood for things to come further south. In San Diego I stayed for a few nights in a hostel to find people to join me on my way to Mexico but in the end I crossed the border by myself.
Full Itinerary:

28-Aug-2008: Flying from Bremen to Seattle with stopover in London (Seattle, United States)

1-Oct-2008: Around the Presidio and Golden Gate (Berkeley, United States)